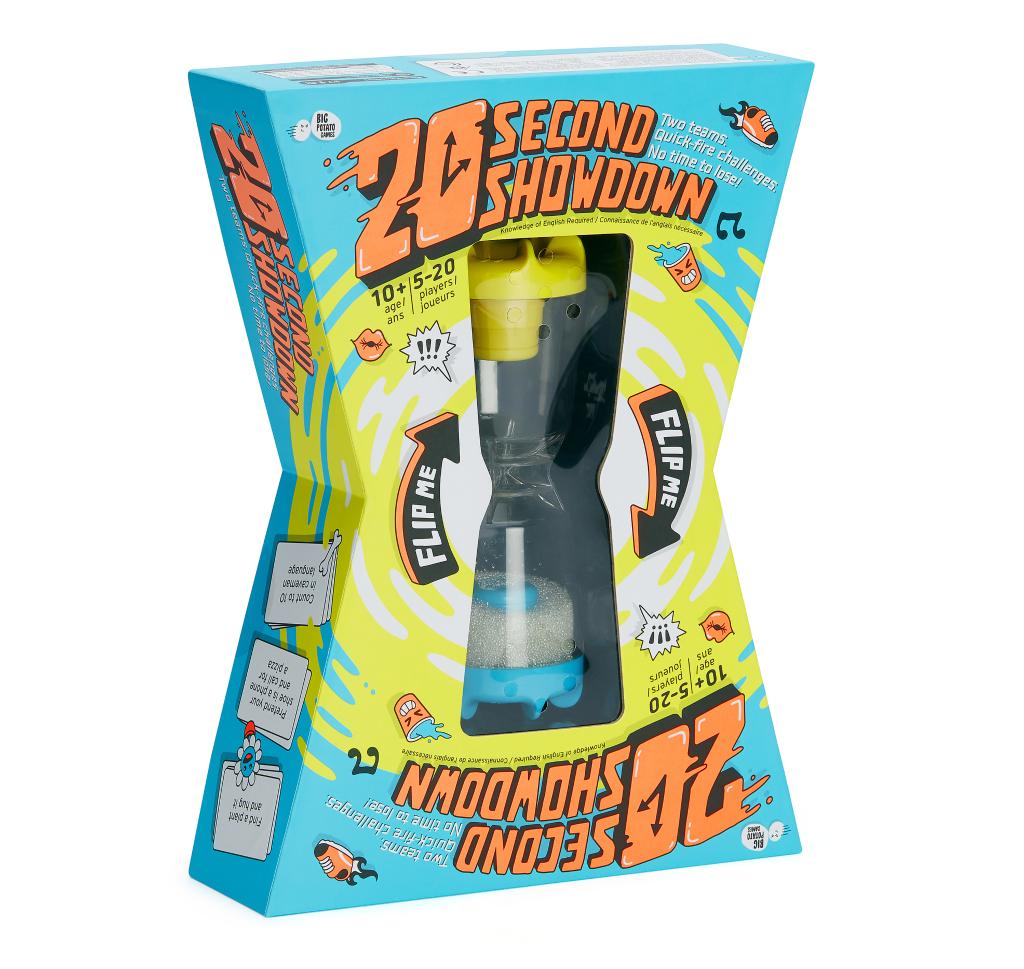 Introducing the fastest showdown in town! All around the world, all-star teams have assembled to compete in one legendary event. The trial of trials, the game of games—20 Second Showdown! Now it's time for you to step into the arena and see what you're made of. Split into two teams and pick a player to take the hot seat. Turn over a Challenge Card, flip the timer and get ready to tackle whatever crazy challenge the card throws at you. There's all sorts of missions, from "Count the teeth in your mouth" to "Find a plant and hug it," "Swap shoes with a member of your team" to "Sing the first line of the National Anthem, hiccuping between each word"—so you better be ready for anything! Once your player has completed their challenge, it's time to flip the timer back over and put your opponents in the hot seat by reading out a new challenge for them. Turn by turn, teams move down the line, so each player has a go at taking on a challenge from the deck. The first team to run out of sand loses the round. Now they have to reset the timer—while the winners parade around like the heroes they are. The first team to win three rounds are declared the champions of 20 Second Showdown!